“I want to make the point that this isn’t just about Trump. This is about presidency itself; presidency is a very real and serious obstacle towards us living in a better, freer world.”

ALBANY – The Albany anarchist and radical community came out en mass to celebrate and support J20 defendants at a benefit show thrown at community education space The Albany Free School in the city’s Mansion District. The event put on by “friendly neighborhood anarchists,” featured over a dozen bands from around the capital region, vegan pizza sourced and catered by Albany Food Not Bombs, and a raffle with anarchist themed prizes donated by groups such as It’s Going Down and AK Press.

Preceding the benefit show, J20 defendant George C. and Defend J20 Resistance participant Betty R. were able to commandeer a speaking slot at the Women’s March to educate the largely liberal crowd about the actions and experiences of J20 defendants. In an inspiring speech that took a decidedly different tone than those given by the politicians and profiteers slated to speak, George and Betty directly challenged the systems of power that enable the abuses experienced by J20 defendants.

George began by informing the march-goers about the extra-legal punishment experienced by those facing unlawful prosecution by the state, “I think it is important to understand the process is part of the punishment. The psychological toll of fearing prison and constantly having to go to DC for court. The strain this has had on people’s friends, family, and relationships. People have lost their jobs; students have run into trouble with their schools. I know some folks who have even attempted suicide in the past year.”

The speakers did not hesitate to confront the oppressive power and authority that democracy and the electoral system perpetuate. As George concluded: “I want to make the point that this isn’t just about Trump. This is about presidency itself; presidency is a very real and serious obstacle towards us living in a better, freer world. If we want to stand up for ourselves and for each other. If we want to fight against the discrimination or oppression of people based on their race, gender, sexuality, and class. If we want to live in a world where we aren’t being brutalized by the police, the courts, prisons and the monetary system. We need to see fundamental change in the society we live in. And that kind of change isn’t going to come through, Trump, Obama, Bernie Sanders, the Mayor of Albany or anyone like them. That change can only come through us: the people.”

After the more somber task of reliving the oppressive actions of the state at J20, more celebratory festivities commenced at The Albany Free School. The lineup of bands spanned scenes and genres in a true show of community solidarity. The mood felt joyous and the large crowd diverse as anarchists and radical activists mingled with more adventurous women’s march participants, neighborhood residents, and groups of children running about.

Adam B., who helped organize Food Not Bombs participation in the event, was pleased with the turnout, “I’m really happy about how much of the community came out in support. This event is an important demonstration of praxis, linking revolutionary struggle with community support and mutual aid. This would not have been possible without The Free School, Albany Food Not Bombs, and local anarchists and other community activists working together.”

Sets alternated between large rooms upstairs and downstairs, while a literature table with large collection of radical and anarchist zines kept people busy between bands. The show was highlighted by performances from Modern Psychics (whose member helped organize the event), Prison, and Hate Club. Other performers included Tall Ass Matt, Allyson Smith, Drive Me Home Please, Hospital Corner, El Kennedy, Triya Love, Nxnes, Utah, and Illiptical and Solour-T. All told, the event saw well over 100 attendees and raised more than $1300 for J20 defendants and other local radical organizations, while accomplishing many of the goals the organizers intended to achieve. 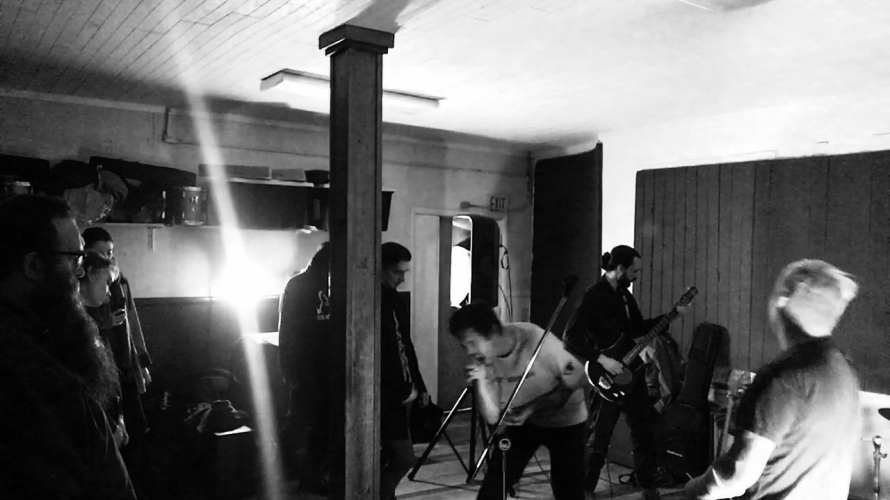 “This event was intended to help bring people together from different political backgrounds, whether it was human rights, animal rights, environmentalism, or anti-oppression oriented,” said Dave G. one of the organizers of the event. “We wanted people to broaden their scope and realize another world is possible.”

Black Cat Connolly is an anarchist organizer and member of the Albany General Defense Committee of the Upstate IWW GMB, he can be reached at black_cat_connolly@riseup.net.