Popular Power In a Time of Reaction: Strategy for Social Struggle

by Black Rose / Rosa Negra Anarchist Federation Black Rose Editorial Note: This piece builds upon and updates the strategy and analysis document “Below and Beyond Trump” we released in late 2017 and aims to capture a snapshot of our internal discussions and conclusions over the past year. […]

by Lexi Owens/It’s Going Down  The Industrial Workers of the World (IWW) is a radical and revolutionary labor union operating across the world. As opposed to traditional labor unions, the IWW is explicitly anti-capitalist, completely democratic, and seeks to organize entire industries rather than individual trades. The preamble […]

Reflections on Trans Day of Remembrance

by Blaise Lotier International Transgender Awareness Week, which includes Transgender Day of Remembrance (TDOR), was founded to raise visibility of transgender and gender expansive people, address issues this community faces, and memorialize those who died due to transphobia and violence over the last year. In Our Own Voices – […]

by John D/ Organizing Work This article was originally published on Organizing Work, an exciting new website that serves as a platform for discussing workplace organizing with a major emphasis on the Industrial Workers of the World. If you have not checked out the website yet, do it today! […] 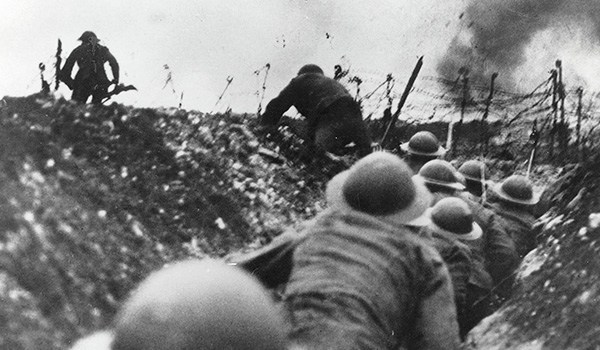 IN NOVEMBER WE REMEMBER THOSE WHO GAVE EVERYTHING: A VETERAN TURNED ANARCHIST REFLECTS ON VETERANS DAY AND THE RADICAL HISTORY OF NOVEMBER 11

by Tariq Khan and other Black Rose Anarchist Federation members On the eleventh hour of the eleventh day of the eleventh month of 1918, the working class people who made up the rank-and-file of the world’s most deadly militaries of the era, ceased firing at each other. This […]

An Open Letter to Active Duty Soldiers: Don’t Deploy to the Southern US Border

by Rory Fanning and Spenser Rapone To All Active Duty Soldiers: Your Commander-in-chief is lying to you. You should refuse his orders to deploy to the southern U.S. border should you be called to do so. Despite what Trump and his administration are saying, the migrants moving North towards […]

Brazil’s Landless Workers’ Movement Prepared to Fight the Rise of Bolsonaro and Fascism: An Interview with João Pedro Stedile

by Brasil de Foto Radio “We leave this process with closer ties and organized capacity and strength to resist this professed fascist offensive,” said João Pedro Stedile, from the national coordination of the Landless Workers’ Movement (MST) about the result of Brazil’s 2018 presidential elections. In an interview […]