ALBANY – Another successful Really Really Free Market was organized by a local group of anarchists and radicals at the Albany Social Justice Center. The event—the second this winter—featured a variety of items including cold weather clothing, blankets, sleeping bags, kitchen appliances, toys, books, and even bikes, all available for free to anyone who decided to stop in. In addition to the clothing and home goods there was a radical literature table full of anarchist zines from CrimethInc and an assortment of hot beverages made available by Albany’s Food Not Bombs. 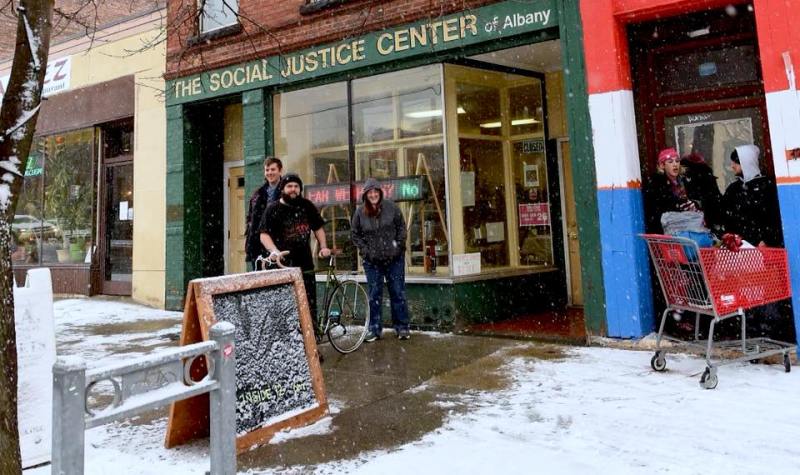 The event was organized and staffed by a collection of “friendly neighborhood anarchists,” who saw the market as not only an opportunity to provide direct mutual aid, but also to demonstrate how it can function as an alternative to the “services”, offered by the state, capitalism, and charity.

“As an anarchist I want to create real life examples of alternatives to the state,” said Dave G., one of the organizers of the event, “I want to disprove the myth of scarcity and I want to help my community. I don’t believe the necessities of life or even the luxuries are something we should be working for or dying for. It should be accessible to all. I do want to dismantle the inherently hierarchical charity dynamic. I think this is a great alternative.” 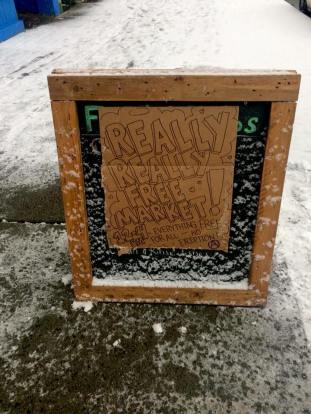 Another organizer, Allison M., echoed those sentiments, “On a bigger scale we want to show anarchism in action, that anyone can partake in mutual aid, that capitalism isn’t necessary, that the myth of scarcity is indeed a myth, and that we have more than enough to give people what they need. A group of people put this together for the community to show that we don’t need capitalism, we don’t need money, we just need each other.”

Although organized by a small collection of anarchists, the event was supported by a number of unknown community members who dropped off contributions at a few collection points around the Capital District. Before the doors even opened a large line of community residents began to queue outside the door. All told the market saw well over 200 individuals stop through and many happy faces on a cold day.

What struck organizers was the way the culture of the event seemed to demonstrate many of the virtues of anarchism.

“The beautiful thing is that we want this to be non-hierarchical and a lot of folks came and got stuff and about thirty minutes later they’d come and bring stuff that they don’t need from their own houses.”, said Allison M., “People would be looking for something and someone would just come in and give it to them as opposed to the non-profit model where people don’t even see where their items are going.” 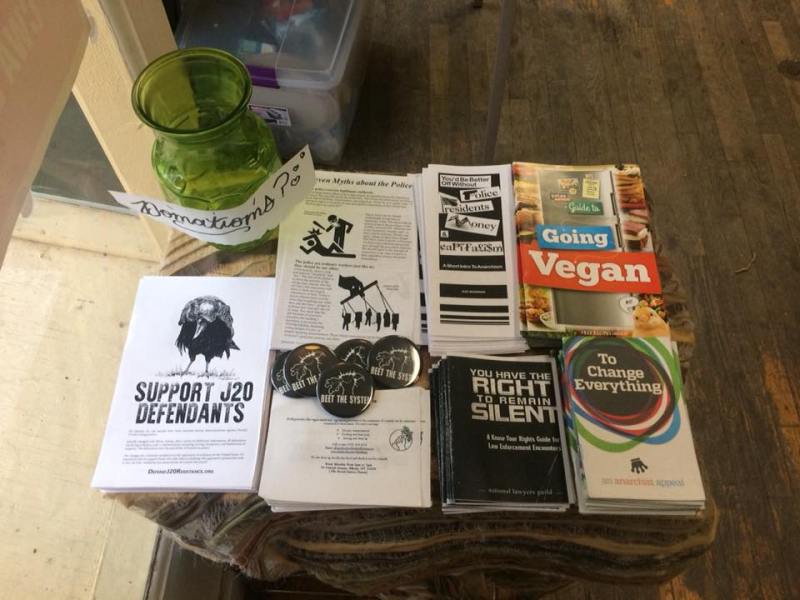 Dave G. reiterated how people’s comportment during the event was markedly different than what you would see in a capitalist market: “I am sure that everyone was in some level or need or desperation but they all worked together; no one was pushing or shoving. This certainly wasn’t a black Friday situation, because people didn’t feel like they were competing, people didn’t feel like the people they were sharing the room with were their competition. It was horizontal.”

Organizers hope to build on the success of their two events by continuing bi-monthly Really Really Free Markets throughout the coming year.

Black Cat Connolly is an anarchist organizer and member of the Albany General Defense Committee of the Upstate IWW GMB, he can be reached at black_cat_connolly@riseup.net.