Pictures taken of the Rally for Refugees in Utica’s Oneida Square. The rally, sponsored by local groups such as The Herkimer-Oneida Green Party, Central New York Citizens in Action, Love and Rage, Mohawk Valley Freedom School and members of local chapters of Black Rose/Rosa Negra Anarchist Federation and the IWW.

Candles were lit in solidarity with the victims of  conflict and persecution who are currently seeking asylum or trying. Utica has become home to over 15,000 refugees from conflict zones around the globe since its refugee center opened in 1981 forming a diverse community of Bosnian, Russian, Vietnamese, Somali Bantu, Afghan, Iraqi, Karen/Burmese, Palestinian and Nepali peoples, among several other nationalities. 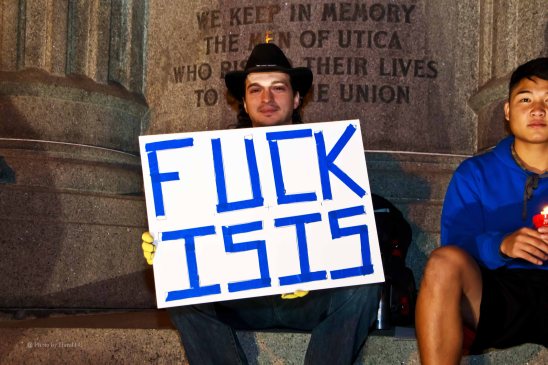 A pair of students from Holland Patent drove down to Utica the night before the rally to make this banner. 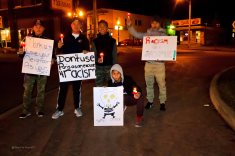 The crowd gathers in front of the Civil War memorial in Oneida Square. 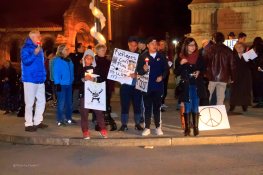 Brendan Maslauskas-Dunn and Derek Scarlino of Love and Rage showing their solidarity with refugees. 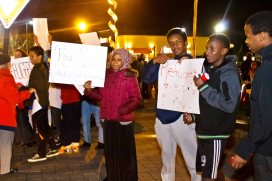 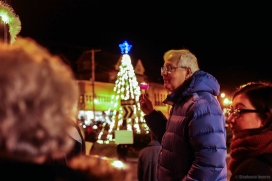 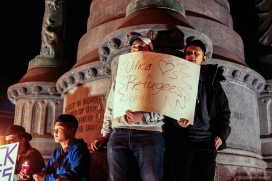 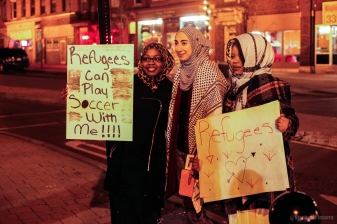 Local Muslims at the pro refugee rally held in Utica. The rally had a strong anti-war and anti-terrorism message.

“From the river to the sea…” 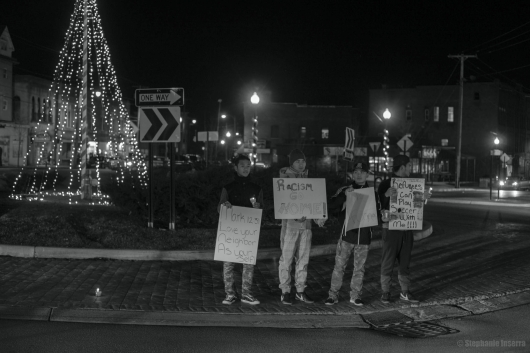 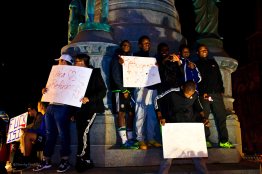 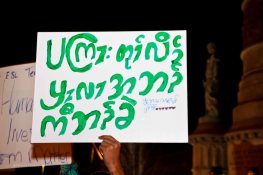 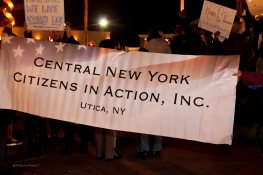 Christopher Casey of the Herkimer-Oneida Green Party speaking at the Rally for Refugees, urging attendees to follow up their support with further action in the future.