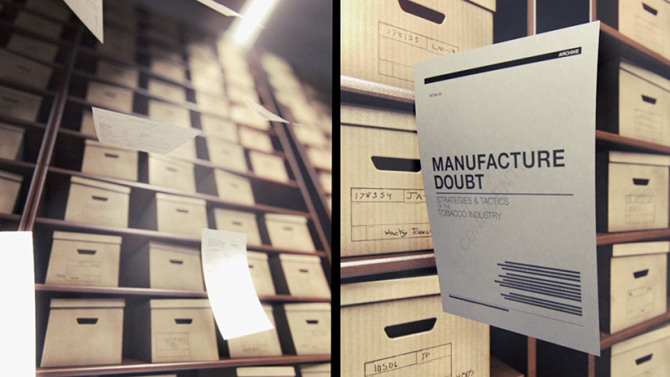 Upcoming: ‘Merchants of Doubt’ to Screen at Other Side Gallery

On Thursday October 15th, the Mohawk Valley Freedom school will forego meeting at its home at 500 Plant Street and instead encourage everyone to head to The Other Side Gallery in South Utica for a screening of the documentary, Merchants of Doubt, based on the book by Naomi Oreskes and Erik Conway.

Merchants of Doubt looks at pundits-for-hire who present themselves as scientific authorities as they speak about topics like toxic chemicals, pharmaceuticals and climate change, as well as the effects that these efforts have on public perception of environmental and health issues.

Also, on Wednesday prior, The Other Side will host a talk by Hamilton College assistant professor of Mathematics, Courtney Gibbons titled Go Figure: Doing the Math of Climate Change. The speech will be an excellent primer for Thursday’s screening. The talk will be featured as part of the Imagining America series and will start at 7:30 PM.

The Other Side is located at 2011 Genesee Street in South Utica (next to Café Domenico).

Tagged as: climate change, Merchants of Doubt, Mohawk Valley Freedom School, The Other Side Gallery