by Brendan Maslauskas Dunna and Elizabeth Meeks  The rural Upstate NY village of Ilion, located just East of Utica, is home to Remington Arms, the oldest gun manufacturer in the nation. The massive, sprawling red brick factory is the beating heart of this small village of around 8,000 […] by National Lawyers Guild / Press Release NOTE: As this press release was being published, we learned about James Scurlock, a 22-year-old Black man, shot and killed during a protest last night in Omaha, NE by an alleged white supremacist yelling racial slurs. Support the Scurlock family at […]

by Love and Rage Team / The States Washington D.C. – After several nights of protest in the wake of the police-involved murder of George Floyd in Minneapolis, that have now spread from coast to coast, President Donald Trump took to Twitter once again to taunt protesters. The […] 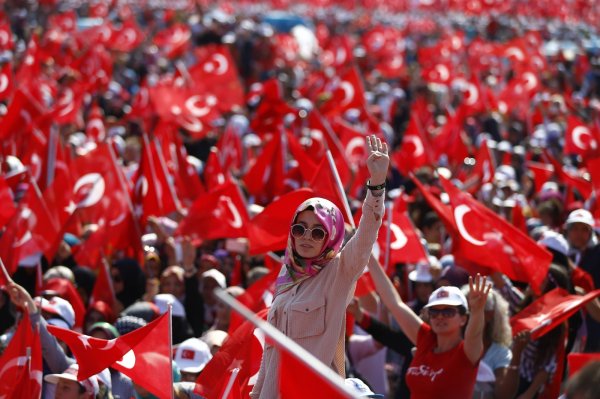 by Democracy Now! – Global In Turkey, hundreds of thousands of people rallied in Istanbul Sunday on the final day of a 260-mile march from Ankara protesting Turkish President Recep Tayyip Erdogan’s brutal crackdown against civil society. This is opposition leader Kemal Kilicdaroglu. Kemal Kilicdaroglu: “The era we […]