by Derek Scarlino/Love and Rage The largest ever labor demonstration in history, a day-long strike throughout India, sent over 150 million public sector workers into the streets last Friday according to reports from up to ten trade unions within the country. State-run banks, government offices and factories, collectively […] 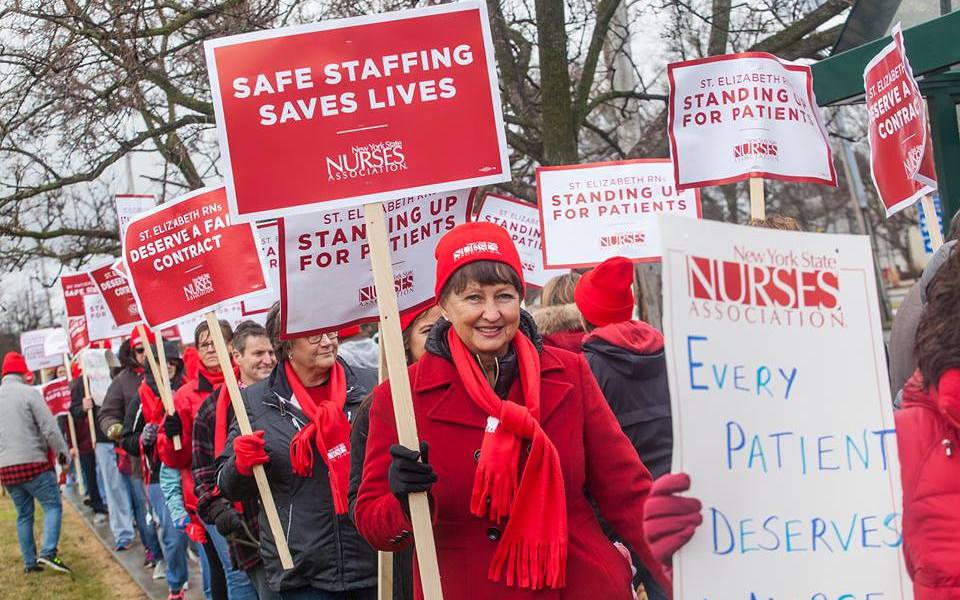 St. Elizabeth’s to Lock Out NYSNA Members During Planned Strike

by Derek Scarlino/Love and Rage UTICA, N.Y. – The New York State Nurses Association (NYSNA), the union for nurses at the St. Elizabeth Medical Center, has been made aware that continuing with a one-day strike planned for September 1 will result in a four-day lockout of participating employees thereafter […] 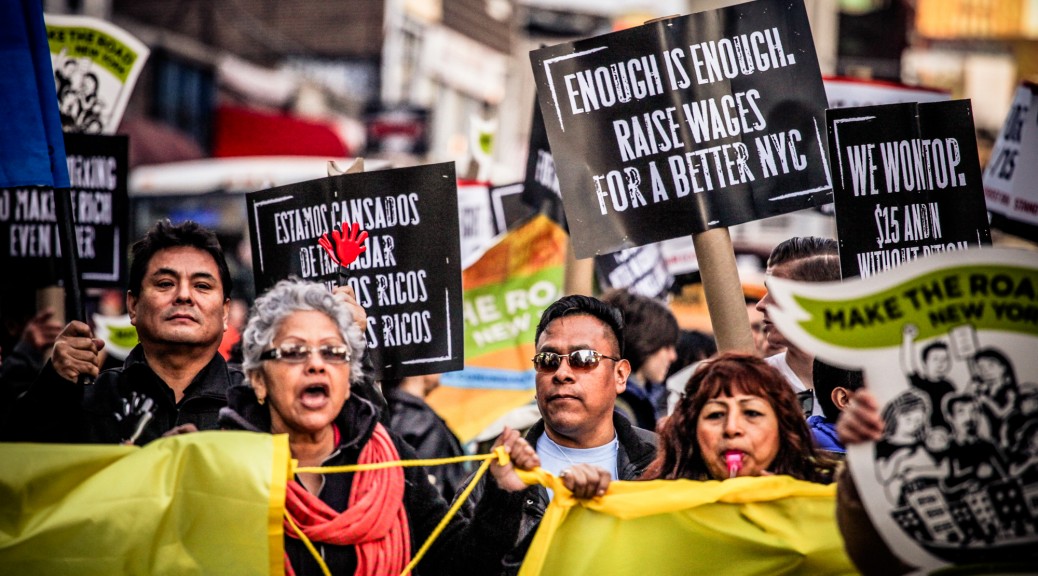 Thoughts on the NY Wage Board Recommendations

by Kevin Nugent/Love and Rage So looks as though the Facebooks has blown up over the $15/hour for fast food workers in New York State, so I’ll throw my two cents in since I have a Master’s in Public Policy and studied the minimum wage quite a bit. […]