by Brendan Maslauskas Dunn / The Indypendent As the pandemic spread and New York City became the global epicenter of the coronavirus, the restaurant industry was jolted with shutdowns, closures, furloughs and mass layoffs. Ellen’s Stardust Diner, a destination for tourists who want to experience the musical allure […]

May Day and the Ongoing Class Struggle in Greece

by Anarchist Federation (Greece) The covid-19 pandemic is the first drop of the new most severe storm that is about to hit workers and the entire social base (in fact its consequences are perceived by now, they will only gradually become more and more noticeable for all of […] 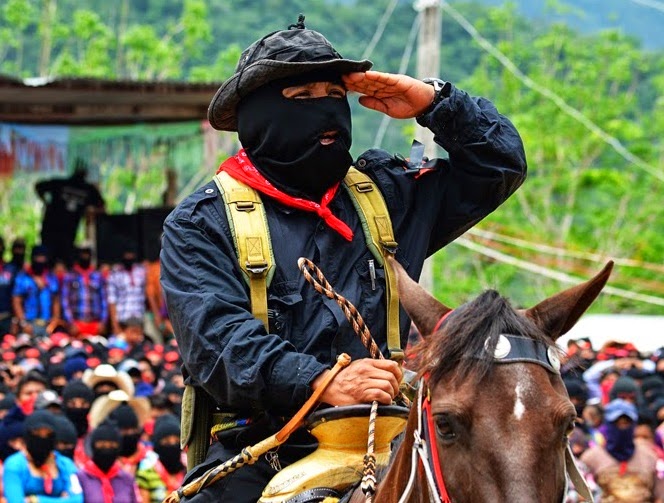 by Indigenous Revolutionary Clandestine Committee—General Command of the Zapatista Army for National Liberation/EZLN Mexico March 16, 2020 To the people of Mexico: To the peoples of the world: To the National Indigenous Congress—Indigenous Governing Council: To the Sixth in Mexico and abroad: To the Networks of Resistance and […]

Lifting the Mask of Capitalist Disaster: The Coronavirus Response

by Tariq Khan/Black Rose Anarchist Federation From official disregard and denial to mismanaged response, each day the COVID-19 crisis brings into ever sharpening clarity the hypocrisy and moral bankruptcy of the current ruling class. Claims of American exceptionalism and greatness are revealed to be a crumbling mask for […]