by Brendan Maslauskas Dunn / Industrial Worker It seemed like any normal workday for Kimberly Jones at the ALDI grocery store in Utica, New York– as normal as it can be for a frontline worker during a pandemic. Jones had worked at ALDI for nearly three years but […]

by National Lawyers Guild / Press Release In the long history of protest, governments have often sought to discredit political activists who challenge the status quo. President Donald Trump’s recent declaration, that “Antifa”—shorthand for “anti-fascist”—is a domestic terrorist organization, is no departure from this tradition. As protests continue […]

by Mohawk valley Freedom School/Press Release What, When & Where? On Thursday, August 18th at 6:30 PM, the Mohawk Valley Freedom School will team up with the National Lawyers Guild to host a Know Your Rights Workshop at the Cornerstone Community Church of 500 Plant Street. Why? In […]

by Miriam Axel-Lute/MiriamJoy.com There’s this pattern that happens with abusive spouses. They often explain to their victims how to behave so they won’t get beaten up again. All the victim needs to do is give them proper respect, not burn their dinner, remember to leave out their slippers […] 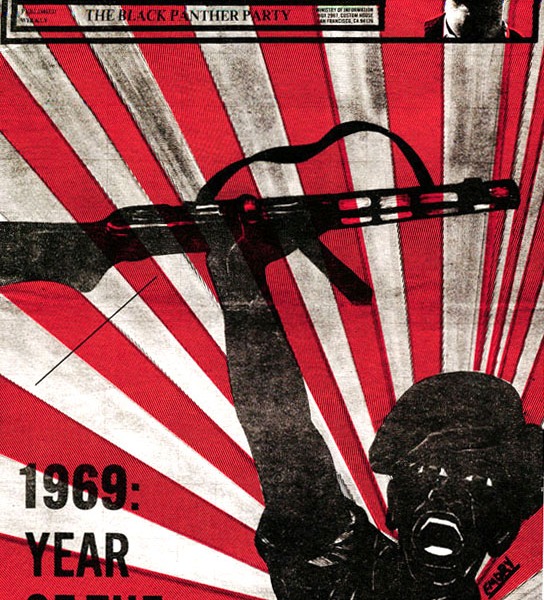 Walking the Streets of Seattle with a Black Panther

by Marilee Jolin/South Seattle Emerald 34th and Union. I’ve been to this corner 100 times. A quaint little spot with clean streets, big hanging flower baskets, wine bars and pricey brunch locales. I’ve been here as an employee, a diner, a cyclist, a coffee-shop writer and a shopper. Today […]

by MV Freedom School   4/1 – COINTELPRO: The War on Civil Rights, taught by Alicia McWilliams and Derek Scarlino This is the final class on the Civil Rights Movement unit (rescheduled from 3/25). Alicia and Derek will talk about COINTELPRO, the FBI’s ‘counterintelligence program’ headed by J. […]

by Leonard Horne/The New Inquiry A collection of essays on the work of Jamaican theorist Sylvia Wynter attempts to move toward a future beyond white supremacist narratives of human universality.  The past year’s high profile murders have made clear that the media spectacle of death also spectacularizes the […]