STRIKING FOR THE FUTURE OF EDUCATION: INTERVIEW WITH A LOS ANGELES TEACHER

by Black Rose /Rosa Negra L.A. More than 30,000 educators in the country’s second-biggest school district of Los Angeles are poised to strike Thursday, January 10 for the first time since 1989. In the aftermath of the inspiring wave of teacher strikes and actions in 2018, LA teachers […] 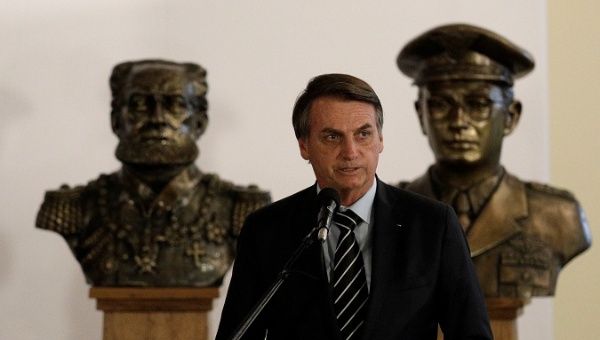 Bolsonaro Government to Purge State of Leftists and Centrists

The government “will clean the house,” Chief of Staff Onyx Lorenzoni said. by TeleSur Brazil’s newly-inaugurated President Jair Bolsonaro announced a purge of government contractors who do not share the new administration’s far-right ideology. Days after assuming the presidency, Bolsonaro has authorized the dismissal of some 300 state […]

The Amalgamated Transit Union Local 1277 (LA) expressed their support if and when UTLA strikes. Originally published on Left Voice Motion in Solidarity with the UTLA Whereas, our union sisters and brothers in the United Teachers of Los Angeles (UTLA) have been in a year-long fight with the […]

An Interview with the Bangladesh Anarcho-Syndicalist Federation

by Bangladesh Anarcho-Syndicalist Federation We do not know anything about an anarcho-syndicalist movement in Bangladesh. Please tell us, how everything started. Had there been anarchist traditions or a union movement for a longer time? Had there been contacts to organizations in other countries? The Bangladesh anarchist workers’ movement […]

Conference on Yiddish Anarchism to be Held in NYC